Published by USA Today On June 18, 2015 | Written by Andrea Mandell 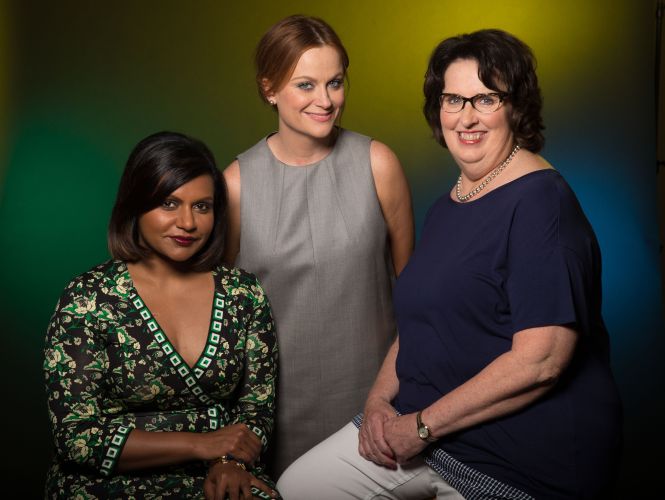 Even Joy has an off day.

But it’s an odd day to be shilling for happiness, given the voice inside Poehler’s head at this particular moment.

“I’m actually having kind of a sad day,” she says. “It’s wild, it’s interesting to be feeling that, but nobody knows it — and to be talking about joy.” She shrugs. “It all goes back to this idea of ‘No one knows what’s going inside anybody’s head.’ The movie kind of makes you take your emotional temperature.”

Inside Out is an abstract workplace comedy blended into a coming-of-age tale. Tween Riley is a typical goofy, happy child until her parents uproot the family, moving thousands of miles away from Riley’s friends. When Joy and Sadness get sucked out of mission control into the recesses of Riley’s candy-colored brain (from the french fry-laden Imagination Land to the hilariously vaudeville Dream Productions), audiences watch as the child finds herself in danger of losing core memories.

Poehler lauds Smith’s melancholy voice work, which turned Sadness from a total bummer to the most likable of the bunch. “You want to protect Sadness,” she says.

Says Smith: “I wanted it to be real.”

Office talk with the trio shines a light on perceived emotional boundaries in Hollywood. Kaling, who met Smith on the set of The Office, is readying The Mindy Project for its fall move to Hulu; Smith is prepping a TV pilot based on the off-Broadway play Nunsense. And Poehler, who produces Broad City and Hulu’s upcoming Difficult People, says she recently watched her anticipated comedy Sisters (with Tina Fey), out Dec. 18. (“If you like Tina and I, you’ll like us being sisters,” she says.)

“Crying is just an expression of frustration,” adds Kaling. “When (Mindy) got picked up for Season 2, I remember crying when I announced it. And I’m happy I didn’t disguise that, because if you’re going to have people working for you 18, 20 hours a day, they need to know that you’re really invested.”

Well, sometimes. “That was a happy cry, so that’s an accepted cry,” Smith points out. “But if you’re crying in front of people because you’re truly angry, that’s a whole different (thing). You have to control it a bit more.”

But in the world of Inside Out, the resounding message is that every emotion has its place in the brain — even lumpy gloom. “Inherently, life is hard for everybody,” says Kaling. “I was a child who felt very melancholy and lost, and I was very sensitive. I think it’s good this movie says that’s OK, this is a girl at a crossroads. She doesn’t have to save the day. Her journey is just to be happy. “

And so when Riley can no longer tolerate her new classmates’ jeers, the loss of her hockey team or her dad’s job stress in San Francisco, she goes numb.

“I love that moment when the board goes black and she’s not feeling anything,” says Poehler. “And you’re like, ‘That’s an option?! Oh, my God!’ “

PreviousAmy Poehler takes pride and Joy in ‘Inside Out’
NextAmy Poehler: ‘I see life as being attacked by a bear’